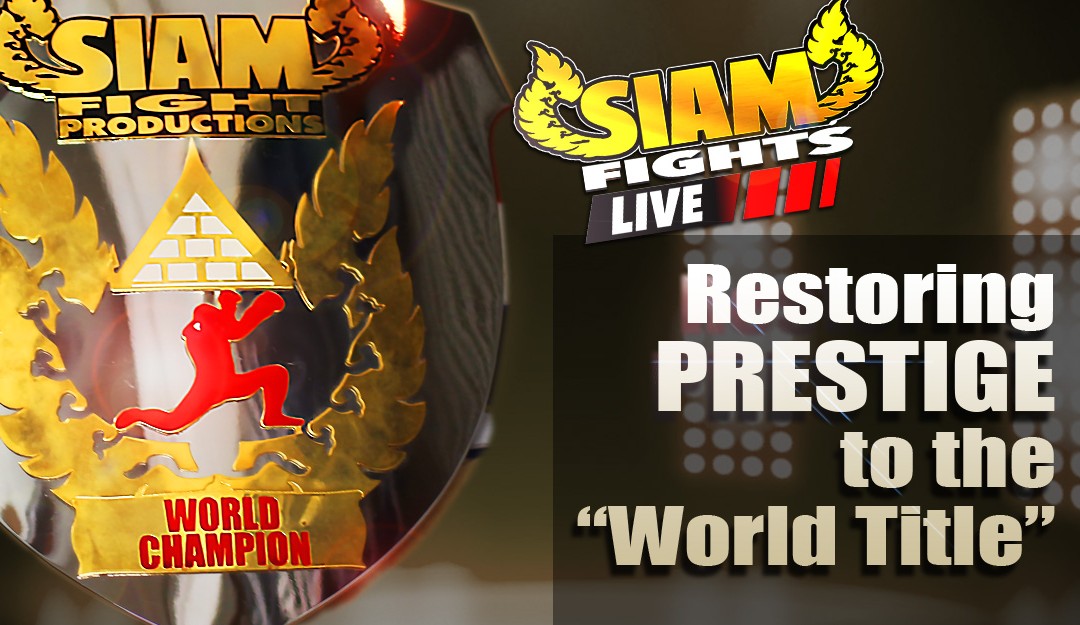 As President of Siam Fight Productions, one of America’s premiere Muay Thai promotions, and the owner and head coach of Sitan Gym Arizona, where I have taught Muay Thai to hundreds of athletes for over a decade, I often come across athletes who only have five sanctioned bouts, but yet they hold multiple world titles!  I can’t help but to wonder: How can someone with little to no experience be a Muay Thai “World Champion”?  I believe that this is a symptom of when promoters create “titles” in order to spark the public’s interest in their events and not because they have actually matched two top athletes.  Don’t promoters know that when they do this, it actually cheapens the value of the title itself?

Lately, athletes with little or virtually no experience have asked me to arrange title bouts for them on Siam Fights Live.  I have denied each request because, if I did the contrary, my actions would’ve been a disgrace to current and former Siam Champions, those who had to battle some of the most talented amateur athletes in the world!  Instead, one of my main goals is to make earning a Siam Fights Live title even harder not easier.  How, do I plan to do this? I’ll do it by scanning the globe in search of the rising stars in Muay Thai and featuring them on the Siam Fights Live stage against America’s best. 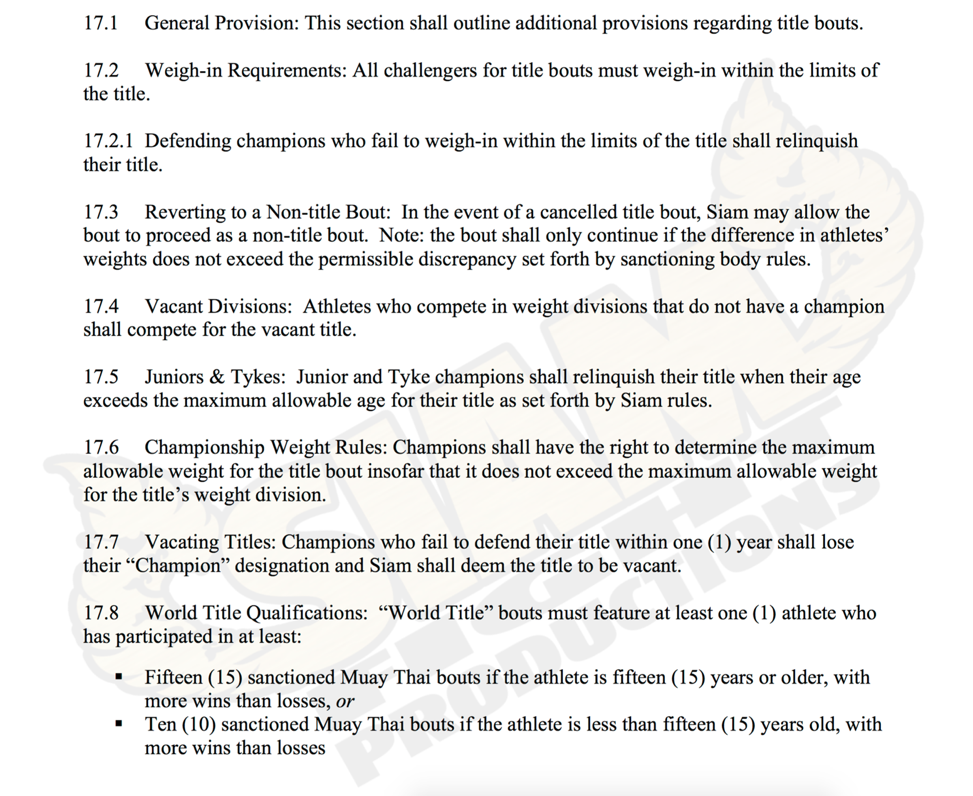 Early on my partners, Brandon Jones and Ryon G. Burnett sat down with me to develop rules to standardize all Siam Fights Live title bouts.  The rules serve three key purposes:

1. They send a clear message to athletes that they will not be eligible for a title bout opportunity without first paying their dues in the ring and earning their respect in the Muay Thai community;

2. It effectively ends the problem of creating gross mismatches just to produce a main event title match; and

3. It maintains the high value of the Siam Fight Productions Title – when a title is too easy to attain, it loses its value.

Other U.S. promoters can benefit from establishing tight standards of their own.  Doing so would inspire U.S. athletes to reach for greater heights, thus it will elevate the level of skill throughout the entire country.

So far, our title bout rules have kept Siam Fights Live title bouts competitive and exciting.  I am very much still a fight fan and I still crave to see epic title fights where there is no one clear advantage between the opponents.  Any promoter knows that match-making is one of the most difficult jobs of a promotion, but promoters should not lower standards just reward ticket-sellers or make their jobs easier. I invite all promotion to publicly set higher standards for title matches in order for a “title” to mean something again in the U.S. Muay Thai community.

Our title bout rules have worked out well for everyone. Because of the high value on a Siam Fight Productions title, our promotion continues to attract the very best Muay Thai athletes worldwide, which has in turn made my job as a match maker much easier. A Siam Fight Productions Champion is a highly sought after athlete, because promoters know our standards are high, and it has resulted in big opportunities for our champions.  Siam Fight Productions World Champions have gone on to achieve great feats in the Muay Thai world:  from appearances on their local television stations and newspapers, to professional bouts on Super Promotions like Lion Fight, Siam Champions are certainly making their mark on the sport. 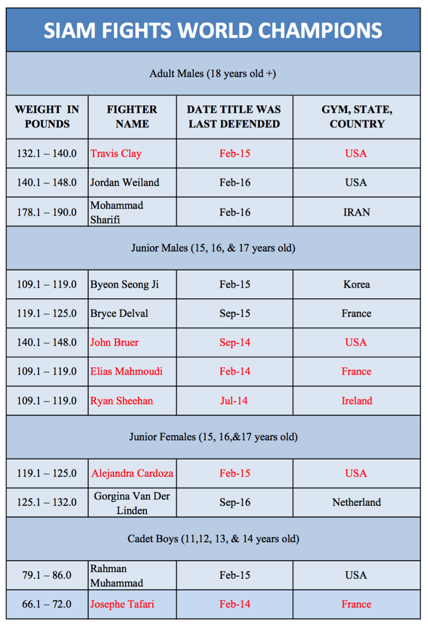 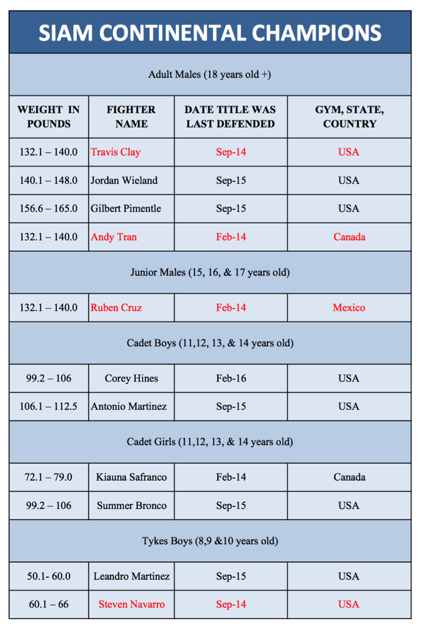 Thiago Azeredo, a native of New York City, has a background in sports medicine and he has a lifetime of experience in Muay Thai and other forms of Martial Arts. Thiago is the owner and founder of Sitan Gym AZ, and In 2012, he founded Siam Fight Productions, one of North America’s premier Muay Thai event promotions companies. Thiago is the current President of Siam Fight Productions, LLC, which is home to Siam Fights Live and the U.S. Muay Thai Open International Tournament.