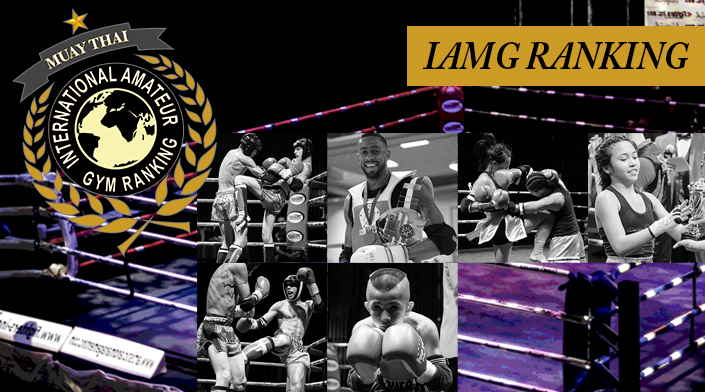 Siam Fight Productions, the Arizona-based premiere amateur and youth MuayThai event promoter launches the first-ever international gym ranking program that seeks to identify and recognize MuayThai gyms (teams) that are most active in amateur competitions and consistently produce winning athletes. On July 8th, Siam Fight Productions unveiled the IAMG Ranking in a surprise online message to MuayThai fans and followers throughout the world and since then, the IAMG Ranking has been the talk of the MuayThai community. 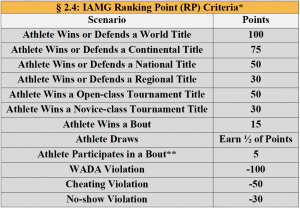 The IAMG Ranking takes bout data submitted by participating MuayThai organizations, then by using an objective Ranking Point (RP) system, it creates numerical representations of the performances of each team’s athletes. For example, an athlete who wins or defends a “World Title” will earn their team 100 points. In contrast, athletes who win in lesser bouts, like a non-title bout, will only earn their team 15 points. Therefore, winning big bouts is essential to a higher ranking- a higher ranking shows the world where the top teams, coaches, trainers, and athletes come from and this has the potential to generate fierce competition between teams as they compete for the number 1 spot.

Sports fans want to know who’s the best and they are excited about top teams and promising underdogs and the IAMG Ranking borrows from the success of leagues like the NFL and MLB, leagues that use stats and rankings to excite and grow their fan base. Stats and rankings have catapulted the NFL and MLB due to their impact on increasingly popular and lucrative online fantasy leagues. The IAMG Ranking system will encourage fans track MuayThai teams just as NFL and MLB fans track their favorite teams, and it could be the very thing needed to bring MuayThai into the mainstream. For more information visit http://www.muaythaigymrank.com.